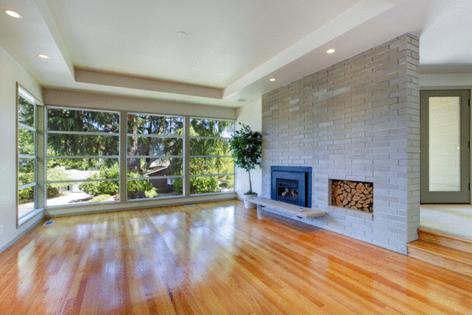 The number of U.S. homes for sale climbed 6.7% in early June from the same weekly period in May, according to Haus, an investment platform for homebuyers. That was the biggest increase since Covid-19 lockdowns took hold last year. Listings rose in 54 of the 100 metropolitan areas measured, including the regions around Philadelphia, New York, Boston, Detroit, Denver and Seattle.

“Sellers are saying, ‘it’s time, let’s make the money,’” said Julie Welter, an agent with EXP Realty in Pittsburgh, which had the biggest supply increase in Haus’s data. “With the world opening up again and the vast majority of people being vaccinated, it has given a new comfort level to people.”

The housing market is long way from normal, with inventory still down almost 38% from a year earlier and near historic lows. But with bidding wars erupting from coast to coast, any sign of increased supply is a welcome respite for buyers. More listings also may help ease a problem contributing to the scarcity: sellers staying put because it’s a struggle to find something else to purchase.

Throughout the pandemic, homebuyers clamored to take advantage of record-low mortgage rates and job flexibility to move, only to find the scant homes available were quickly being swallowed up. The median U.S. existing-home price shot up 19% in April from a year earlier to a record $341,600, according to the National Association of Realtors, helping owners gain equity.

The end of lockdowns also is bringing out sellers who were reluctant to have home shoppers traipsing through their kitchens and bedrooms. Some people also are eager to move closer to the families that Covid kept them away from for too long, said Ralph McLaughlin, chief economist at Haus.

“People who were thinking about selling in two or three years may have accelerated their plans,” McLaughlin said. “They’re selling now to realize the 20% equity they’ve gained in the past year.”

Shauna Pendleton, a Redfin agent in Boise, Idaho, said 35 sellers have talked to her this year about listing properties. That’s about twice as many as in the same time in 2020, she said. The area has seen some of the fastest price growth in the country, with home values up 42% in early June from a year earlier, according to Redfin.

“These are mostly retirees,” Pendleton said of her new seller clients. “The lockdown has given people a whole new perspective about where they want to live. And they’re missing their family.”

The Allentown, Pennsylvania, region — a hot market for New Yorkers and New Jerseyans looking for a more affordable area — has seen listings climb 30% from extremely low levels in early May, according to Haus, which excluded homes that are under contract from its data.