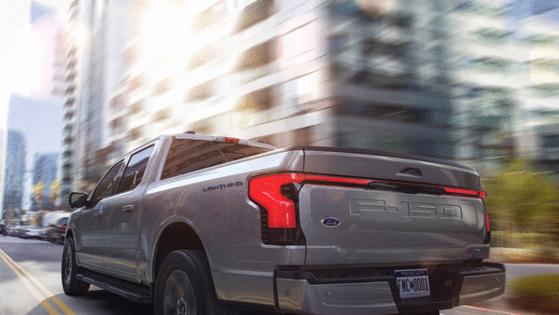 Legacy automakers General Motors Co. and Ford Motor Co. have used the past few months to demonstrate two advantages their electric-vehicle rivals can’t match: traditional vehicle businesses to generate cash and the scale to leverage that capital into EV investment.

Investors are noticing, sending shares of Detroit's Auto 1.0 behemoths soaring by double digits as Tesla slumps 16% on the year and troubled startups, such as Lordstown Motors Corp., struggle to remain viable. With planned investments in the industry already soaring 41% year-over-year to $330 billion by 2025, according to consulting firm AlixPartners LLP, traditional automakers might have a big edge in the electrification profit desert coming over the next several years.

"We do see this period as being a difficult period to go through, but not one anyone can wait out," said Mark Wakefield, AlixPartners' co-leader of the automotive and industrial practice. "While sales are not really at the inflection point in many places, the investment has reached an inflection point."

On Wednesday, GM once again stomped on the accelerator: the Detroit automaker said it would increase its spending on electric and autonomous vehicles to $35 billion through 2025 and would fast-track plans to build two more U.S. battery plants with partner LG Energy Solution.

That news comes just weeks after rival Ford wowed investors with its F-150 Lightning electric pickup, its plans to use over-the-air updates and connected technology to create a new line of multi-billion-dollar business, and its strategy to leverage its commanding position in commercial vehicles here and in Europe to grow revenue and fatten profit margins.

Surging investor interest in legacy automakers and their evolving electrification stories is visible in stock prices: GM's shares are up 46% since January, and Ford's are 72% higher even as shares in EV companies lose altitude this year.

"Investors are betting on both the legacy players Ford and GM as well as making one or two bets on the startups, so I view it as kind of a hedge strategy," Wedbush analyst Dan Ives said. "But investors cannot ignore the transformation that's going on at Ford and GM. It's a renaissance of growth ... it's really the biggest change that we've seen since the 1950s for the auto industry."

The market valuations for traditional automakers are double what they were pre-pandemic, AlixPartners' Wakefield said: "There’s a lot to live up to" at a time when profits from these investments are distant and recurring revenues from in-vehicle services are in their infancy. For now, however, the industry has remained net debt neutral.

That could be an indication automakers with their existing supply-chain relationships and traditional business to back up future investments can better face disruptions such as the present global semiconductor shortage or longer-term raw material price hikes than up-and-coming competitors.

"Doing a car is more than just putting some software and hardware together," said Stefano Aversa, AlixPartners' chair of Europe, Middle East and Africa. "To be efficient, (a vehicle) has to be highly integrated with hardware, software, steel, aluminum and everything else. This capability still resides firmly with OEMs. And I think it will stay there for many years to come."