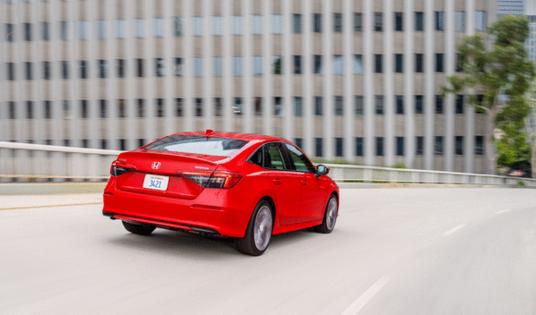 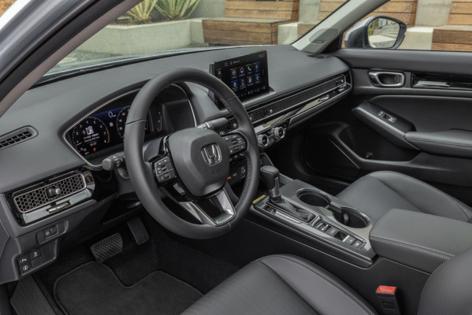 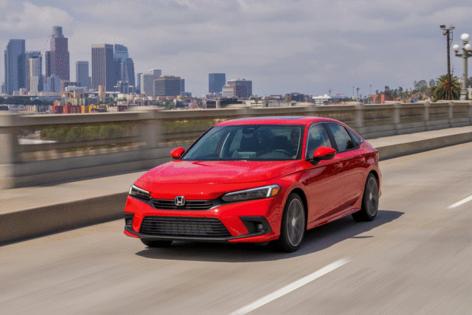 The 2016 Honda Civic became the instant benchmark for the compact sedan segment. A clean sheet design from the ground up, its taut chassis was Nürburgring tested. It boasted best-in-class horsepower, fuel economy and rear seat room. And to make sure the world noticed, it drew styling cues right out of a DC Comic book with boomerang rear headlights, narrow greenhouse and more tattoos than Allen Iverson.

The new 2022 Civic (coming to a dealer near you this June) dials the wardrobe back to conservative Bruce Wayne from rad Batman suit. But on everything else it turns the dial up from 10 to 11.

After a 10th generation that shattered sales records, King Civic is poised to continue its reign at the top of the compact segment. Compacts are personal favorites because they are the LeBron James of automobiles — the best all-around players in the game. I’ve owned a VW Golf GTI, Dodge Neon, two Ford Focuses and a pair of Civics because they can do it all: dance through the twisties while sipping gas, seating four, looking sharp, and all while not breaking the bank.

Let’s take the Civic’s talents one at a time.

Dancing moves. I flogged the 2022 Civic through HUG — Hell, Unadilla and Gregory — the three burgs that border Michigan’s most insane network of country roads. The Civic left begging me for more.

Throwing the Civic across a 90-degree right-hander onto Doyle Road at Unadilla, the front-wheel driver is remarkably neutral — rotating easily like the rear-wheel-drive BMW 3-series I was chasing. That’s right, a BMW 3.

While underpowered at 180 horsepower compared to the Bimmer’s 248, they are both turbo-4s and the Honda is one sweet little drivetrain — its fuel-sipping, 36 mpg continuously variable transmission a universe away from the droning CVTs of yesteryear (the standard, 158 horse four-banger ain’t bad either, but lacks the upper-trim turbo’s low-end kick).

While I lost ground in the straightaways, the Honda could hold its own in the twisties, so intuitive is this chassis.

It’s a good thing, too, because the Honda has some serious competition nipping at its heels. I’m thinking the dazzling-looking, ninja-quick Mazda 3 and Hyundai Elantra that offer luxury amenities at a mainstream price. Set a high bar and others will follow.