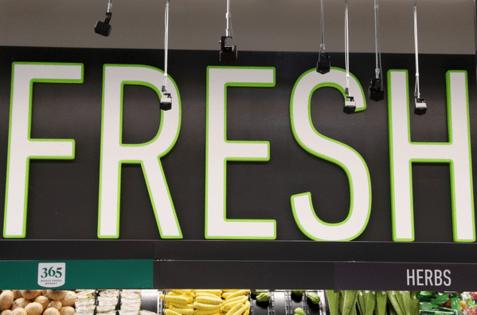 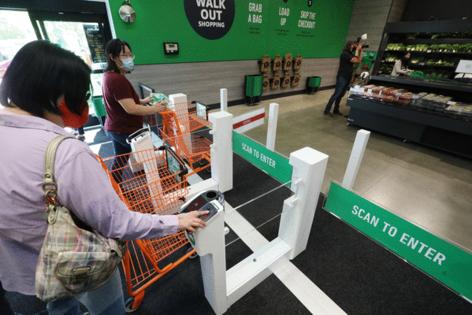 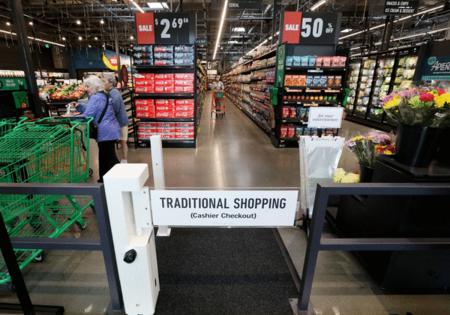 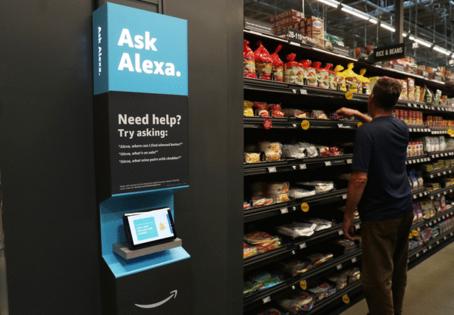 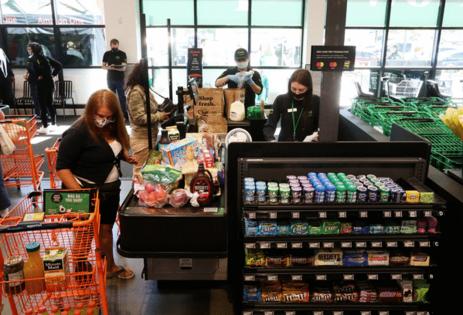 The company revealed in a surprise announcement earlier this week that the store is the company’s first full-size Fresh grocery equipped with cashierless technology, powered by a vast array of motion-aware ceiling cameras and sensors that track which items are removed from shelves and then automatically bill customers’ Amazon accounts when they leave.

Nationwide, Amazon operates more than a dozen Fresh stores, where groceries have a lower price point than the more upscale Whole Foods chain acquired by Amazon in 2017.

While other Fresh stores have their own share of space-age technology — including smart shopping carts that total up their contents and send customers a digital bill — the new location in Bellevue's Factoria neighborhood is the first Fresh store to be equipped with Amazon’s cashierless checkout capabilities, which Amazon calls “just walk out” technology. (Amazon Fresh is also the name of the company’s grocery-delivery service.)

“The first time you do it, you feel like you’re getting away with something,” said shopper Celeste Cooper, who trekked from her home in Seattle to see the new store on its opening day.

Cooper said she already uses the cashierless technology at the Amazon Go convenience store near her house. “It takes some getting used to, but now I just can’t stand the lines anywhere else.”

Cooper also said she was “impressed” by the scale of the store.

The 25,000-square-foot grocery store, a former Safeway, is Amazon’s largest application of its “just walk out” tech. The company has historically struggled to use the technology in formats larger than a convenience store, according to reporting from Bloomberg, because of the technical complexity of tracking a large number of shoppers across a bigger space.

But rather than rely exclusively on cashierless checkout, the Factoria Fresh store has a hybrid model, according to Amazon spokesperson Rachel Hass. Customers can choose whether to “just walk out” or to check out with human cashiers — who unlike in early iterations of Amazon Go stores, do take cash. The Factoria store is Amazon’s first attempt at such a hybrid model.

Amazon’s sprawling grocery lineup has undergone changes recently and expanded during the pandemic. The company said last month it was ditching its Amazon Go Grocery branding for larger grocery stores with cashierless technology.

Amazon has also been introducing its cashierless technology into progressively larger formats, according to recent media reports. Bloomberg reported in April that Amazon was installing ceiling cameras at an under-construction Connecticut grocery, and a vacant storefront in Ballard, Wash., also bears signs of a cashierless Amazon Fresh location to come.

Amid concerns from grocery unions that Amazon’s cashierless technology could hurt grocery employment, the company had sought to play up its hiring push for the Factoria store and another under-construction Fresh grocery in the Seattle's Central District. The company announced this year that it planned to hire hundreds of people to staff the new stores.

The Factoria store “has hundreds of employees,” Hass said in an email. “This number is similar to our other Amazon Fresh Stores and comparable to other major grocers.”

Amazon has not yet announced a date for the opening of the Central District store, and declined to say whether that store would also have cashierless technology. Though not much of that store’s interior is visible from the sidewalk, glimpses inside indicate that its shelves are close to fully stocked.