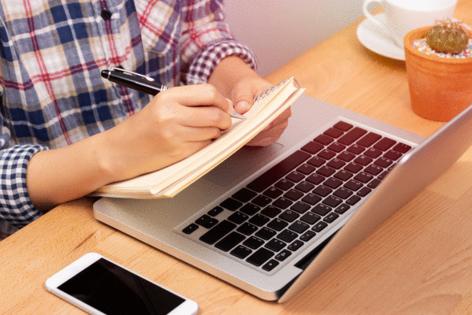 The Achilles heel of community colleges also happens to be their strength. They’re flexible, affordable and supportive of students from all walks of life. But because of that flexibility and chronic underfunding from state and local governments, “they’re often not providing very consistent, structured support,” says Xueli Wang, author of “On My Own: The Challenge and Promise of Building Equitable STEM Transfer Pathways,” for which she followed over 1,600 community college students for six years.

Wang found that community college students tend to be independent and self-reliant — admirable traits that can backfire when students go ahead and enroll in programs that, it turns out, don’t provide the job or transfer outcomes they’re assuming will materialize. Here are five common blunders to avoid:

Getting stuck with non-transferable credits. Most community college websites say something along the lines of “We serve associate’s degree seekers entering the workforce, as well as transfer students.” Some say “Begin your university degree here!” or “#1 transfer school!”

“When students see that, they are satisfied and enroll. A lot of the students in my study realized after several years that their programs and credits didn’t transfer,” Wang says. This can be deeply demoralizing, if not devastating. Many of the students in Wang’s study had to either defer their transfer, leave the program altogether, or get a one-year certificate or associate’s degree and head to work.

As a rule of thumb, you want to follow a transfer path that hundreds, if not thousands, of students have trod before you, and study the transfer requirements of the school you’ll be transferring into.

Not knowing the path. Many students, particularly teens and first-generation college students, enroll assuming that signing up for, say, a two-year degree in dental hygiene or engineering technology will result in two years of courses followed by a job in those fields.

“Whether students know the options that they could pursue often comes down to chance,” says Pamela Eddy, a professor of higher education at William and Mary. Students need to plot out the whole path, beginning to end, so they can choose programs and classes accordingly.

Appointments with school advisers are essential. Counselors can walk through the differences between certificate, two- and four-year programs, and, critically, what sorts of external degree programs or jobs those programs feed into. Talking to potential employers about whether they’ll accept your degree or certificate beforehand is also key.

Stopping without finishing a two- or four-year degree. “There’s a large group that pauses,” Eddy says. “You see this particularly with adult learners who may have had children, or have been laid off, so they stop with the idea that they’re going to come back at some point. And some just get derailed.”

Planning on a four-year degree in four years. Transfers into a four-year university commonly result in elongated time frames (usually from non-transferable credits, or calendar mismatches — perhaps you’ll be ready to transfer in January, and the university only accepts transfer students in September). Wang suggests that if you want a four-year degree and have similar access and financial opportunity at a nearby four-year program, “you should attend those institutions, rather than the community colleges and having to navigate transferring.”

She emphasizes that community college is a great path to a four-year degree when it’s providing an opportunity that otherwise wouldn’t be there, such as allowing a new mom to take flexible classes for two years.

Studying an academic-only subject. Community colleges generally focus on practical knowledge and real world applications. (There are exceptions.) Though you can study philosophy or ancient Chinese history, if you’re planning on going deep into academia or into a field where you’ll spend many years in school, such as physics, you’ll usually find better-suited programs at the local state university. Caveat: If community college is your only way into one of those four-year programs, then do it.

The key to avoiding these pitfalls is to confirm, before you enroll, that lots of recent students have had the outcome you want. This is best done by calling the counseling office, asking for any data they have on graduates’ careers, and arranging to talk to recent graduates, to see what the real paths of recent graduates look like. Talking ahead of time to potential employers can also help you avoid wasting time and money; ask them, “Do you employ people who get this degree or certificate, and at what pay?”