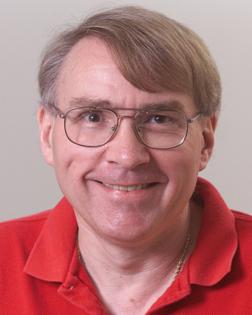 Q: We have 114-megabit cable internet service in a 100-year-old house. When we stream to our TVs, we constantly have problems with buffering (delays while the TV waits for the streaming to catch up).We have the most buffering delays with the second-floor TV (about 10 feet on the other side of a wall from the wireless router) and two TVs on the first floor (10-15 feet away from the router through the floor). We nearly always stream to only one TV at a time, although two computers are using the internet at the same time. Are the computers causing the TV buffering? What can we do?

A: Sharing an internet connection among multiple devices can cause problems, but that isn't the source of your TV buffering issue. Your 114-megabit download speed can easily support one streaming TV and two computers that are doing more mundane tasks (see tinyurl.com/2ae9trsy).

It's more likely that the walls and floor of your century-old house are partly blocking the Wi-Fi signals. That could be caused by the building materials used at the time; some insulation of the 1920s and 1930s contained reflective aluminum or copper surfaces (see tinyurl.com/3vs5reev).

One solution is to spread more Wi-Fi devices around the house. There are three wireless options: using a repeater (repeats the Wi-Fi signal to enlarge the coverage area), an extender (broadcasts a different signal that creates a second Wi-Fi network) and mesh (uses a series of secondary Wi-Fi antennas that work together). See tinyurl.com/53d4axm7 for repeaters and extenders, and see tinyurl.com/mwkdjuh5 for mesh networks.

But these methods might be less attractive than they seem. Because your walls and floors are such a barrier to Wi-Fi, you might have to buy a lot of repeaters, extenders or mesh antennas to spread the signal evenly throughout your house.

Another solution is mostly non-wireless: the powerline adapter (see tinyurl.com/2rc28pyp). It moves the Wi-Fi signal from your router to an electrical plug-in, through your home's electrical wiring and out through a plugged-in Wi-Fi device in each room where you have a TV or a computer. This approach is appealing because the Wi-Fi signal doesn't have to penetrate the walls or floors, or go around them. How well it works will depend on how old your house's electrical wiring is; very old wiring may slow down your internet speed.

A: You've run up against one of the limitations of PC-based Outlook, which is that you can only search for recurring calendar items by subject, not by words in the body (see tinyurl.com/mvsjm68b and tinyurl.com/4mynsb98). The iPhone version of Outlook doesn't have this limitation because it's a new program written for the iOS operating system rather than for Windows.