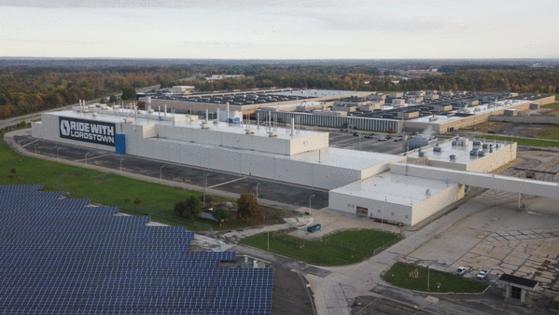 In a reversal, Lordstown Motors' new management said the company isn't so bad off after all and has enough confirmed preorders for its electric pickup to start production this fall with enough money to run through early next year.

The sunnier outlook comes days after the company stated in a government filing that it did not have enough funds to start commercial production and it had concerns about continuing as a "going concern," a legal phrasing indicating it might not make it.

The startup then ousted its CEO and founder Steve Burns and CFO Julio Rodriguez on Monday. An Insider report Tuesday interviewed 17 people who had worked with Burns, some depicting him as a visionary entrepreneur and others as a salesman who bent rules and failed to deliver on promises.

But during an Automotive Press Association webinar Tuesday, listened to by more than 240 reporters, Lordstown Motors' new executive chairwoman and independent director Angela Strand said it's "a new day at Lordstown Motors and there'll be no disruptions to day-to-day operations."

Lordstown Motors President Rich Schmidt, who runs daily operations, said the automaker is ready to start building the Endurance pickup in September. It will build about 15,000 pickups until May 2022.

"Currently we have enough funds to get us through the fourth quarter to May of 2022," Schmidt said. He said the company has $400 million "in the bank."

But to grow, it will need more funds and it will call on General Motors, an early investor in Lordstown Motors, for some additional capital, Schmidt said.

Lordstown Motors bought its plant in northeast Ohio and the equipment in it from GM in 2019 after GM closed down what had been its Lordstown Assembly plant.

"We've had good cooperation with GM," said Schmidt. "We will talk to our original investors first, but it's not our only option. We are going to raise the funds, because we will need funds after May."