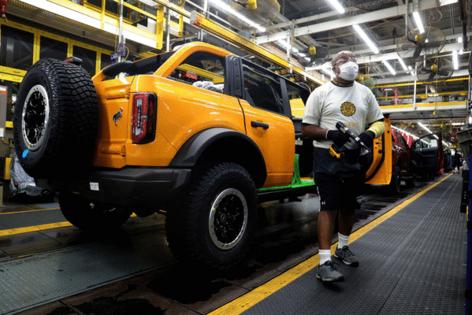 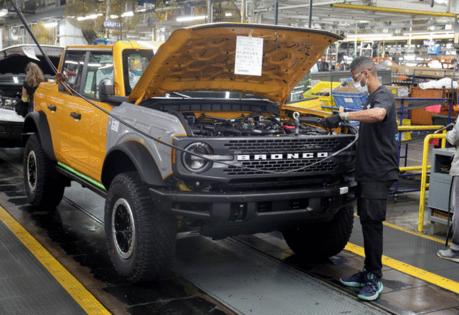 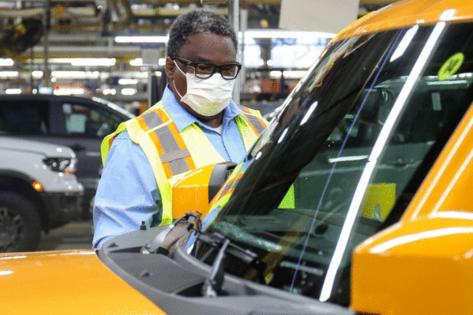 "The Broncos are out of the gates, out of the corral," Erik Williams, Ford plant manager at Michigan Assembly Plant in Wayne, told a handful of reporters on Monday during a tour.

Take a step back in time: This bestselling SUV was last built in 1996, the year that the Fox News Channel debuted, "Independence Day" dominated the box office and "Macarena" topped the music charts.

"There’s a lot that has to go right every minute in order to assemble a vehicle," Williams said, having worked for the automaker for 24 years. "I’m still amazed at the process."

Factory sounds filled the enormous room, and Williams spoke loudly as Cyber Orange and Shadow Black Bronco SUVs rolled off the production line. Ford Ranger trucks, built in the same plant, are interspersed between the Bronco SUVs on the line.

No one at Ford would say how many Broncos would be shipped this week or this month.

"Customers will be receiving them any day now," he said. "It’s been a long time, almost 25 years to the day, that the last Bronco rolled off the line here. Customers have been counting the days. I think it’s going to be a fantastic product. It’ll be worth the wait."