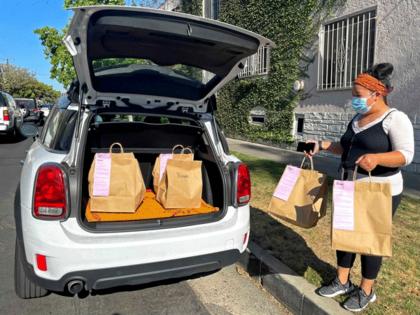 It was the peak of the pandemic when Tiffanie Trinh was offered a job as an IT support technician for Taco Bell and told she could work remotely until further notice. Traffic was practically nonexistent at the time, but she dreaded the one-hour slog between her apartment in Long Beach and her new office in Irvine that awaited.

Her previous job had involved taking the notoriously traffic-choked 405 Freeway and, after working from her bedroom for months, she was loath to return to weekdays bookended by long stretches of time behind the wheel.

"I know it's going to get worse when everything reopens," Trinh, 22, recalls thinking. She began eyeing apartment listings in Orange County.

Sure enough, traffic has surged in recent weeks, already rebounding to near-normal levels in Los Angeles and other parts of California ahead of the state's official full reopening Tuesday. That has prompted a collective sense of foreboding among people who have grown accustomed to working from home and are in no rush to get back to the daily gridlock grind.

Informed that they will be expected to return to the office at least part time, workers are scrambling to lessen or eliminate their former commutes by moving closer to work, negotiating new terms with their managers, switching jobs or quitting altogether.

"I hated the evening drive home in the past," said Dale Sieverding, who lives near the Grove and works as the director of worship at St. Monica Catholic Community in Santa Monica. "No matter if I came home at 2 o'clock or 7 o'clock, it was an hour."

Sieverding worked remotely for 14 months, going back to the church three days a week in May after getting vaccinated. St. Monica has been gradually reopening, and employees have been talking to supervisors about the possibility of a hybrid workweek.

"We're now evaluating as a staff. It'll be hard to have a blanket policy," Sieverding said. "My ideal would be to try to hold on to at least one day of working from home. It might be too much to ask for two."

Even though overall traffic volumes are heavy again nationwide, new patterns have emerged this year, said Bob Pishue, an analyst at transportation data analytics company Inrix. Traffic is nearly at pre-COVID levels on weekends and during the afternoon but down about 20% during the morning commute — possibly a reflection of school schedules being all over the place and many companies holding off on bringing employees back.

"Anecdotally, people are seeing all these cars on the road, but the times have shifted," Pishue said. "It looks different throughout the day and throughout the week."