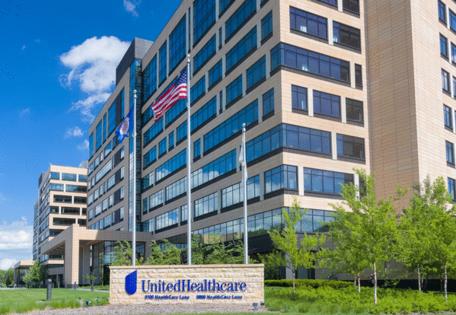 UnitedHealthcare wants to stop paying for non-emergency care that's provided in emergency rooms, a move that doctors and hospitals are criticizing for its potential to stop patients from quickly getting care in situations they believe are emergencies.

Officials at Minnetonka-based UnitedHealthcare, which is the nation's largest health insurer, say the goal is to encourage patients to use urgent care, clinics or even virtual visits, when appropriate, for low-level health care needs that don't require the expertise of an ER.

Starting in July, the company in most states will review ER claims to evaluate whether the visit should be paid for considering the patient's presenting problem, the intensity of diagnostic services provided and factors such as complicating health conditions. Claims deemed to not meet the criteria of an emergency medical condition, or"non-emergent," either won't be covered, or they'll be subject to limited coverage.

"Unnecessary use of the emergency room costs nearly $32 billion annually, driving up health care costs for everyone," said Tracey Lempner, a UnitedHealthcare spokeswoman, in a statement. "We are taking steps to make care more affordable, encouraging people who do not have a health care emergency to seek treatment in a more appropriate setting."

But doctors and hospitals say the policy is driven by the company's bottom line concerns, and could create risks for patients.

"We object to UnitedHealthcare's pending policy that asks patients to second guess their instincts that emergency care is needed," said. Dr. Susan Bailey, president of the American Medical Association, in a statement. "Requiring ill and vulnerable patients to diagnose their acute symptoms at a critical and emotional moment, when time could be of the essence, is potentially harmful or even dangerous and may violate federal patient protections for access to emergency treatment."

There's only "limited evidence" that use of ERs for non-emergency needs is a widespread problem, said Richard Pollack, president and chief executive of the American Hospital Association, in a letter to UnitedHealthcare officials. When evaluating why patients seek care in the ER, Pollack added, the insurer should consider if patients had only limited access to alternatives due to burdensome health plan rules, or because they needed care during evening or weekend hours.

"Patients are not medical experts and should not be expected to self-diagnose during what they believe is a medical emergency," Pollack wrote. "Threatening patients with a financial penalty for making the wrong decision could have a chilling effect on seeking emergency care."

UnitedHealthcare is the health insurance business operated by UnitedHealth Group, the Minnetonka-based health care giant that is Minnesota's largest company by revenue.

With the policy, the insurer still is covering emergency room care, and paying for it according to a member's health plan benefits, while encouraging alternative sites of care for non-emergencies.

If UnitedHealthcare determines care provided in the ER was non-emergent, and therefore shouldn't be paid for, doctors can submit an attestation that certifies the emergency nature of the visit, Lempner said.

UnitedHealthcare says the policy complies with federal law including the Prudent Layperson Standard, but emergency physicians believe it is in "direct violation" of the standard.

"Over the past year, we've seen the devastating impact of when patients avoid treatment — including worsening health conditions and even death," said Dr. Mark Rosenberg, president of the American College of Emergency Physicians, in a statement. "This new policy will leave millions fearful of seeking medical care, just as we're getting hold of the COVID-19 pandemic and trying to get as many people vaccinated as possible."

Emergency department costs were higher, the report said, due to hospital facility fees as well as higher prices for lab, pathology and radiology services.