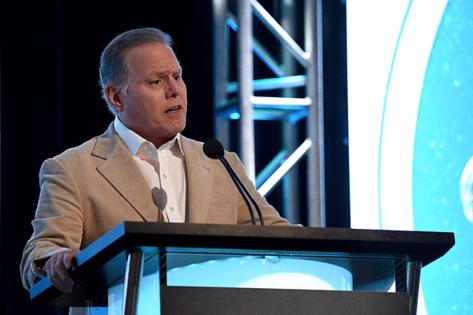 David Zaslav was at a crossroads in 2007.

After spending 18 years at NBC, where he helped develop a cable portfolio that included CNBC and MSNBC, Zaslav had an offer to run Discovery Networks, the home of documentaries, nature shows and Shark Week.

The company's programs had once been a favorite of cable system operators, who pointed to them whenever they needed to assuage school boards and local government officials angry over racy music videos on MTV and R-rated films on HBO. But that image was less meaningful as the cable business matured.

"It was not the shiniest object on the block at the time," recalled Tom Rogers, Zaslav's friend and former boss at NBC.

Nevertheless, Rogers urged him to take the job at Discovery's previous home base in Silver Spring, Md., not exactly a show business hub.

"I said, 'David, absolutely. You'll have a platform that you can grow,'" Rogers said.

What Rogers knew and others have learned since is that Zaslav, 61, prides himself on being a relentless change agent.

He transformed Discovery from a niche TV service to the largest purveyor of nonfiction programming, creating new channels and franchises, expanding its reach internationally and seamlessly absorbing other popular cable TV brands such as the Food Network and HGTV when it acquired Scripps Networks in 2018 in a $12-billion deal.

The company's value grew from $5 billion to nearly $22 billion over that time.

Zaslav's success made him one of the highest paid chief executives of a publicly traded U.S. company (in 2018, he earned a staggering $129.4 million as a result of the Scripps deal).