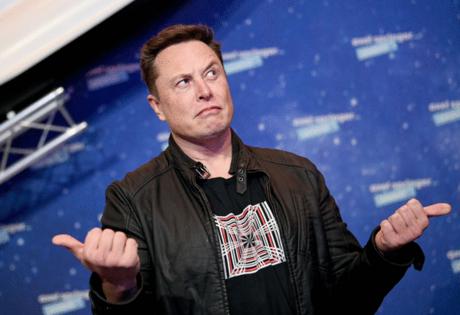 Since Feb. 8, when Tesla, his electric-car company, announced that it had bought $1.5 billion in the vaporous cryptocurrency, the price of bitcoin has risen and fallen in step with Musk’s further pronouncements.

Bitcoin rose when Tesla said it would start taking bitcoin in payment for its cars. It fell Wednesday, when Musk said those deals were off — an announcement that helped lop about about $10,000, or nearly 20%, from bitcoin’s price in the space of 12 hours.

Bitcoin fell again Sunday when Musk seemed to hint, in a Twitter exchange with a noted bitcoin bull, that Tesla had sold its bitcoin holdings. Then it rose (though not enough to make up the losses) when he tweeted later Sunday “to clarify speculation” that Tesla had not sold any of its bitcoin.

Is there any wonder that the bitcoin community has come to feel, in the words of Danyaal Rashid, an analyst at GlobalData, that Musk “has too much influence over prices”?

The fear is that his relentless whipsawing of prices is bad for the reputation of bitcoin and other cryptoassets as well. “People may lose faith in these cryptocurrencies as one Tweet from Musk can radically change the price — quashing any idea that there are any real fundamentals at play,” Rashid wrote.

That’s true, but it shouldn’t be overlooked that Musk’s Wednesday reversal on bitcoin purchases of Tesla vehicles linked his decision to one of the real downsides of bitcoin — the stupendous consumption of energy, much of it generated by fossil fuels, by computers engaged in bitcoin “mining.”

In his announcement, Musk referred to the “rapidly increasing use of fossil fuels for Bitcoin mining and transactions,” which obviously is at odds with his depiction of Tesla as a bulwark against fossil fuel-driven climate change.

It’s proper to point out here that Musk’s will-he-or-won’t-he tweets and his corporate policies related to bitcoin don’t appear to have any economic rationale. (“He is messing with us,” is the judgment of Matt Levine of Bloomberg.)

If he’s truly concerned about bitcoin’s environmental footprint, he’s rather late to the game, especially if he’s implying that he just learned about it. That’s because the issue has been known about and widely discussed for a few years, at least.