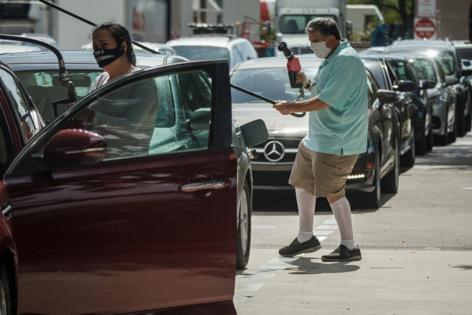 Lest we think the Colonial Pipeline hack is something that happens to other people, consider the pipeline infrastructure that feeds the Pacific Northwest.

A system of four pipelines carries gasoline, diesel, jet fuel and heating oil from the four refineries of north Puget Sound, plus U.S. Oil and Refining in Tacoma, south to Portland, serving customers all along the way. Eastern Washington is served by a separate pipeline network linked to the Gulf Coast.

According to the American Petroleum Institute, 190,000 miles of liquid petroleum pipelines cover the United States. Any could be targeted for shutdown by a hacker group such as DarkSide, which the FBI says is behind the Colonial shutdown.

The 5,500-mile Colonial is just one of them, albeit the largest. But considering its strategic importance to the East Coast and deep-pocket owners such as the Koch empire, ransomware attackers thought: low-hanging fruit.

If you want to get Americans' attention, hit their ability to drive. Panic buying and gas lines were quickly seen in the Southeast. Midweek, 71% of the gas stations in car-burdened Charlotte, North Carolina, were dry.

Ransomware takes control of a company's or organization's software or data until the owners make a payment. Even paying a ransom doesn't guarantee the owners will get control again.

Initial reports said Colonial refused to pay ransom. But Colonial handed over nearly $5 million to the hackers. Bloomberg reports that the payment was in difficult-to-trace cryptocurrency. In exchange, Colonial received a decrypting tool to help restore its disabled network.

DarkSide, believed to be based in Eastern Europe, released a statement saying, "We are apolitical, we do not participate in geopolitics ... Our goal is to make money, and not creating problems for society."

But no one is safe from cybercrime, whether the attacker is a shadowy group or tied to a nation-state, whether they want money or data or to paralyze infrastructure. Whether the victim is an individual who opened an email containing malware or a leading technology company.

Earlier this year, Microsoft's popular Exchange email system was the target of hackers tied to the Chinese government. As the company worked feverishly to stay ahead of the hack, it reached crisis proportions affecting tens of thousands of victims and attracting the attention of the White House.