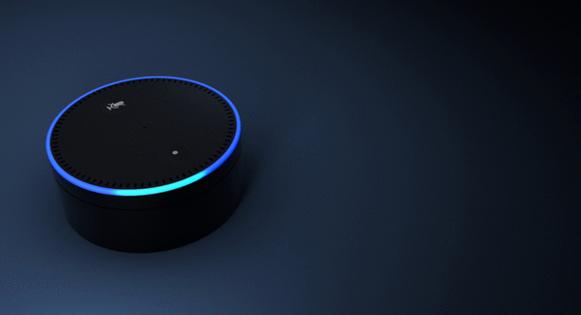 “Alexa, who is the woman behind your voice?”

Voiceover artist Nina Rolle has been identified as the actual human who the famous artificial intelligence service is patterned after.

Although Amazon has never revealed the identity of the person who took to the microphone to help create its ubiquitous virtual assistant, Alexa, journalist Brad Stone has uncovered one of the biggest mysteries of the tech world.

The claim comes from Stone’s newest book, “Amazon Unbound: Jeff Bezos and the Invention of a Global Empire,” about the tech giant’s rise to become a trillion-dollar company and its founder’s emergence as the wealthiest person in the world.

Published Tuesday by Simon & Schuster, the 496-page hardcover draws a vivid portrait of how an e-commerce upstart became one of the most powerful and feared entities in the global economy.

On Amazon, the tome has already vaunted to become a No. 1 new release on its first day of official release.

Already a New York Times best-selling author, Stone is an expert on the technology terrain — the Columbia University alum is senior executive editor of the global technology group at Bloomberg News.

In 2013, Stone chronicled the digital behemoth in the “The Everything Store: Jeff Bezos and the Age of Amazon,” which was translated into more than 35 languages. The book won the Financial Times-Goldman Sachs Book of the Year award.

Stone’s deep reporting uncovers how even as he orchestrated the effort that became Amazon’s failed Fire Phone, Bezos was determined to position Amazon on the farthest frontier of artificial intelligence research.

The company’s chief conceived Alexa and oversaw its development, challenged his employees to think more ambitiously, authorized a top-secret data-gathering operation to improve the pre-launch prototype, and closely supervised the secret selection of the actress who became the voice of Alexa itself.

To determine that Rolle was the actual voice behind Alexa, Stone’s reporting was based on conversations with the professional voiceover community.

On Tuesday, he published an excerpt of his book on Wired’s website:

“Believing that the selection of the right voice for Alexa was critical, [then-Amazon exec Greg] Hart and colleagues spent months reviewing the recordings of various candidates that GM Voices produced for the project, and presented the top picks to Bezos. The Amazon team ranked the best ones, asked for additional samples, and finally made a choice. Bezos signed off on it.”

“Characteristically secretive, Amazon has never revealed the name of the voice artist behind Alexa. I learned her identity after canvasing the professional voice-over community: Boulder, Colorado–based voice actress and singer Nina Rolle. Her professional website contains links to old radio ads for products such as Mott’s Apple Juice and the Volkswagen Passat—and the warm timbre of Alexa’s voice is unmistakable. Rolle said she wasn’t allowed to talk to me when I reached her on the phone in February 2021. When I asked Amazon to speak with her, they declined.”

Stone tweeted the big reveal about Rolle being the voice of Alexa on Tuesday.

Meet Nina Rolle. She is the voice actress behind Alexa. This is one of several secrets Amazon has tried to keep relating to the arduous development of Alexa, as I write about on https://t.co/dI5uehN6Zj on publication day for my new book #AmazonUnbound! https://t.co/RdLWHH0nlA pic.twitter.com/ROJ8riQe6I

Initially released in 2014, Alexa was first used in the Amazon Echo smart speaker and the Amazon Dot, but can now be heard on more than 20,000 devices around the world.

According to her website, Rolle a litany of big-name clients she’s done voiceover work for are listed – including Honda, Chase, Lockheed Martin, Jenny Craig, Turner Classic Movies, and Nationwide. But no Amazon.

Hollywood writers are the latest group of entertainment industry workers being urged to get vaccinated.

The Writers Guild of America is recommending its members be vaccinated against COVID-19 before meeting up with ...Read More