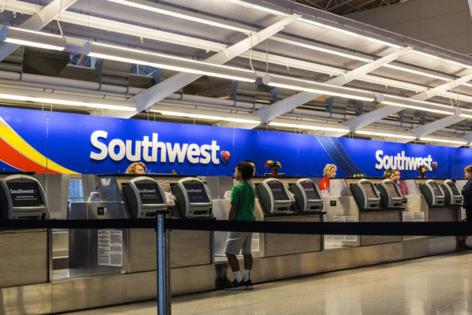 The mayhem was captured in cellphone footage taken by multiple onlookers at Gate G-15 by the Southwest Airlines counter. One person ended up arrested.

The fight is part of a troubling trend airports across the nation are seeing, now that many people have resumed traveling. Recently, videos have surfaced showing face-mask confrontations, seat disagreements and personal space arguments. Clashes between passengers on planes have spilled over into airports.

"Airports nationwide are facing an unprecedented increase in unruly passenger behavior this year," Lester Sola, the director and CEO of Miami International Airport, said in a statement.

Citing a Federal Aviation Administration report this week, Sola said incidents of unruly passenger behavior are up from 100 to 150 formal cases in an average year to 1,300 so far in 2021, nationwide.

At MIA, which falls under the Miami-Dade Police Department Airport District, there have been 81 unruly passenger incidents and five arrests since January, said Major Jesus Ramirez, who runs the unit. The arrests include charges of disorderly intoxication, resisting arrest and assault and battery. From January 2020 through the end of the year, there were 69 incidents and two arrests.

"We are not isolated," Sola said. "The national trend has affected us."

According to an airport police report, officers responded to a disturbance call Tuesday regarding a fight among passengers who were forced to deplane from Flight 3522 to Chicago-Midway due to a woman who "refused to comply" with in-flight regulations. The flight was delayed by two hours as a result of the incident.