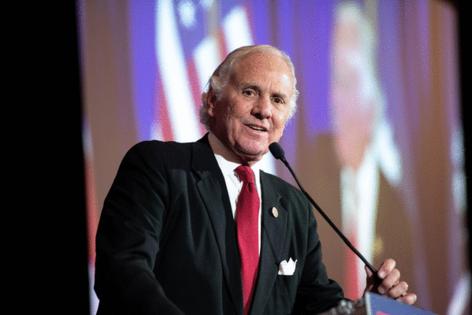 In our world, just the opposite is happening. Wages are stagnant, especially in low-paying sectors, and employers are demonstrating utter contempt for employees they're trying to lure back to work.

They're casting blame for their difficulties elsewhere — especially the purportedly lavish unemployment benefits provided by the federal government.

As part of its pandemic relief program, Congress enacted unemployment benefits of $300 a week to augment state benefits. The addition will continue through early September in states that accept it.

But in Montana and South Carolina, business leaders enlisted their governors to drive people back to work by canceling that unemployment assistance. No one should be shocked to see other red states join them.

The notion that unemployment benefits are keeping able-bodied workers home has become an article of faith among employers and their lobbyists, despite a lack of any evidence that this phenomenon is endemic.

In some places, the business community hasn't been shy about demeaning workers who aren't clamoring to join their staffs. Typically they portray the workforce as an army of layabouts.

"The federal government's extra $300 it added to state unemployment benefits comes to an end in early September, so it will be a matter of time before showing up for work is a better-paying proposition than remaining on the couch watching reruns of Gilligan's Island."

Holly Wade, executive director of NFIB's national research center, defended the notion that unemployment benefits are keeping workers at home, but she acknowledged that there might be other reasons to decline jobs, including COVID concerns and a lack of childcare while schools remain closed.