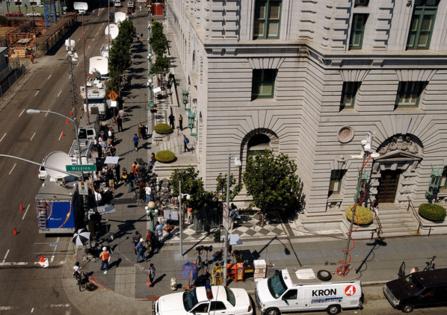 A federal appeals court on Thursday upheld a California program that provides retirement savings accounts to workers whose employers don't offer them.

A three-judge panel of the U.S. 9th Circuit Court of Appeals decided unanimously that the program, CalSavers, did not interfere with federal law.

The state established CalSavers in 2017 to encourage savings for future retirees. Private workers whose employers do not provide pensions or 401(k) programs were automatically enrolled in CalSavers. Unless workers opt out, their employers are required to remit money from payroll deductions to CalSavers to be deposited in IRAs set up on the employees' behalf.

The Howard Jarvis Taxpayers Assn. sued to invalidate the program, calling it a "massive government boondoggle" and arguing that it was superseded by a federal retirement law.

But the court said CalSavers did not interfere with the goals of the U.S. Employee Retirement Income Security Act of 1974.

The federal law "does not preclude California's endeavor to encourage personal retirement savings by requiring employers who do not offer retirement plans to participate in CalSavers," Judge Daniel A. Bress, a Trump appointee, wrote for the panel.

The anti-tax group argued that the federal law, which established minimum standards for pensions, barred California from creating CalSavers. Laws passed by Congress are generally controlling over state law and prevent states from enacting measures on the same subject.

Thursday's decision was the first by a federal appeals court to rule on the issue. Other states and the city of Seattle have adopted similar programs.

The 9th Circuit said the legal question initially seemed "to be close" because the federal law was broad, and CalSavers dealt with pensions. But "closer inspection" showed the challenge could not be sustained.

"States are not precluded from adopting a law just because it has something to do with 'benefits' in a loose sense," Bress wrote.

States would be barred, however, from requiring private employers to provide certain retirement benefits, the court said.

"But California has not done anything like this in CalSavers," Bress wrote.

"CalSavers is a simple solution to level the playing field for workers who for too long haven't had access to workplace based retirement plans,' she said.

California has been phasing in CalSavers, which could eventually cover 6.8 million workers. More than 10,000 employers have registered for the program since it was launched in July 2019 and 340,000 workers have enrolled, according to the CalSavers board.