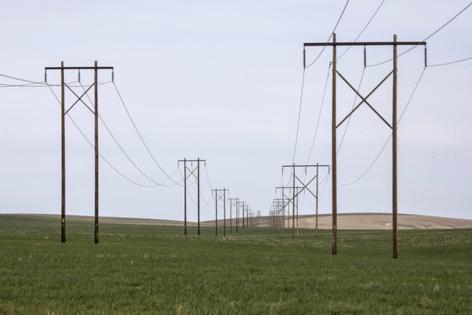 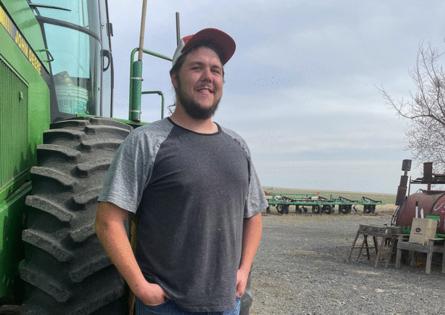 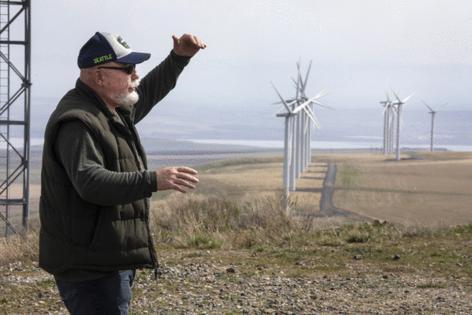 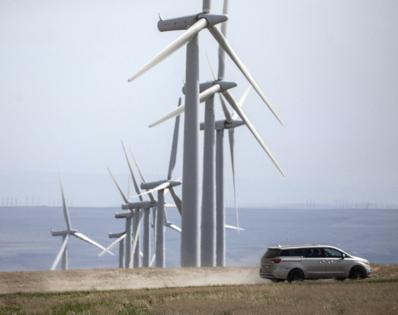 KENNEWICK, Benton County — Back in March, Chris Wiley passed a long day in his tractor sowing wheat. He had the controls set to automatic steering and scanned social media. He did not like what he found.

In post after post, people raged about a renewable energy project that would put wind turbines and solar development in the Horse Heaven Hills where he farms. Critics from Pasco, Kennewick and Richland attacked the plan as an outrage that would blemish cherished vistas to the profit of an out-of-state developer looking to export power to Western Washington, Oregon or California.

The project unleashing such passions would be one of the region's largest renewable energy installations of the past decade with an estimated cost of $1.7 billion.

Wiley is a big supporter. It would generate lease fees that would be a financial boon for his family and dozens of other wheat-growing lease holders in a hardscrabble part of South Central Washington where farmers have long struggled to coax profitable yields from the arid land. So, he decided to compose a kind of farmer's manifesto, which he drafted on a keyboard inside the cab while the tractor kept on planting seed.

"This is a community of survivors, forgotten by the world and ever shrinking, but not going anywhere anytime soon. And lately we are feeling rather betrayed by our neighbors in the Tri Cities," Wiley wrote. "Shame on you for condemning construction on a ridge while hoping to someday build a mansion on the very same hill. Shame on you for being this upset about something that, at very most, would be a slight change to your backyard view. Because this same thing would be an absolute, life-changing blessing to your neighboring community."

Wiley's letter, published online and in several newspapers, drew hundreds of responses that offered stark evidence of the fault lines that have opened up in Benton County over this project in the Horse Heaven Hills.

"People were either very supportive or like, 'I hope you go broke and your family starves,' " Wiley said. "I definitely had a target on my back."

The project was put together by Boulder, Colorado-based Scout Clean Energy, which is owned by Quinbrook Infrastructure Partners, a global private equity firm.

As proposed, Scout could erect up to 244 wind turbines spaced across a 24-mile swath of the upper elevations of the Horse Heaven Hills, a long, prominent ridgeline — formed of volcanic basalt — in the Columbia River basin to the south and west of the Tri-Cities. The wind turbines' height, for the preferred model as measured from ground to blade tip, would rise up to 496 feet. Some could tower 671 feet, taller than the Space Needle.

The project also would include several solar sites that could eventually cover more than 6,500 acres, as well as a battery complex to store and then release some electricity in the evening when demand may be stronger. Running at full capacity, the project could produce up to 1,150 megawatts of power. With the up-and-down nature of solar and wind power, the project would operate over the course of a year at well below half that capacity. Still, the output is expected to generate enough electricity for some 275,000 homes.