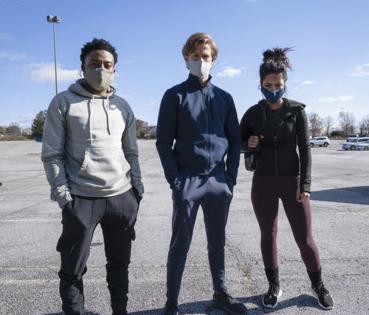 A group of Hollywood studios and entertainment industry unions have agreed to extend into the summer an agreement over working conditions and safety measures that has allowed the industry to rebound.

The various groups have signed an extension to June 30 of the return-to-work agreement first established last fall, said Jarryd Gonzales, spokesman for the Alliance of Motion Picture and Television Producers.

The current agreement between the alliance and unions including Teamsters Local 399 and SAG-AFTRA was set to expire April 30. It establishes compensation for actors and crew members who need to take time off for testing and quarantining, and outlines safety protocols.

Film and TV production, classified as an essential business in California and many other states, has seen a surge in activity since January. But the need for social distancing and the additional time and safety measures required mean that the speed and volume of production won't return to pre-pandemic levels until the protocols are loosened.

The agreed-upon extension will not change the safety measures that the industry has adopted, including requirements regarding social distancing, the creation of safety zones and rigorous testing. There are no new provisions requiring vaccinations.

It will reset paid sick days to allow workers to take 10 days for the next two months, said a person familiar with the terms who was not authorized to discuss them.

Under the initial deal, all union employees received 10 days of COVID-19 paid sick leave, per production, which can be used for testing, self-isolation, or if a family member tests positive. Now, those days have been replenished and can be used for vaccinations, for example, the person said.

It's unclear how the industry will address vaccinations. Employers are not allowed to ask cast or crew to be vaccinated. Although the rate of coronavirus cases in L.A. County has receded, actors and performers remain vulnerable on sets as they cannot wear masks on camera, so strict protocols are still needed.