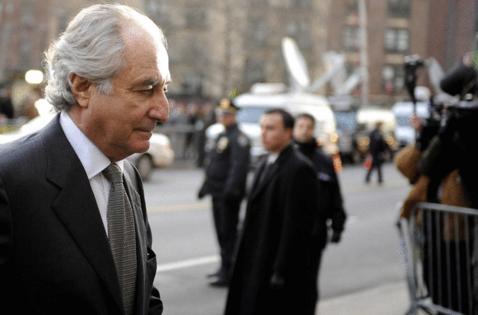 The death of the record-setting con man Bernie Madoff, announced Wednesday from the federal prison where Madoff, 82, was serving out a 150-year sentence, is likely to produce a new reckoning of the greed, willful blindness and incompetence that enabled his fraud to continue for years virtually in public view.

The greed and willful blindness must be laid at the feet of his investors and financial partners. The incompetence belongs entirely to government regulators, chiefly the Securities and Exchange Commission. If you're wondering if a Madoff-scale fraud could happen again, the place to watch is the SEC.

The agency tightened its oversight of securities firms after the exposure of Madoff's fraud — and the SEC's failure to act despite multiple warnings — in 2008. But it's still vulnerable to budget-cutting and lax leadership at the top, as happened during the Trump administration.

Let's take a look at the Madoff case and what it teaches us about Wall Street regulation.

Madoff reigned as an investment manager for a select clientele dating back to the 1970s. Among them were the late Elie Wiesel, the Holocaust survivor and Nobel laureate; entertainment stars such as John Malkovich and Steven Spielberg; Dodgers legend Sandy Koufax; and university endowments and philanthropic institutions.

Investors were lured by Madoff's promises of steady, outsized annual returns averaging 8% to 12% in bull and bear markets alike. He was secretive about his investment technique beyond labeling it a "split-strike conversion strategy" employing trades in stock options, options on futures, and stock purchases. As long as the profits flowed, few felt the need to delve further.

If they had, they might have discovered that the trades didn't exist. At some point during his career, Madoff transitioned from genuine trading to running a Ponzi scheme, in which the gains paid out to some investors came from stakes put up by other investors.

When investors clamored to withdraw their money during the crash of 2008, Madoff had to confess that the money wasn't there.

Estimates of investors' losses initially reached as high as $65 billion, but that reflected the balances Madoff reported on their account statements. In reality, the losses, meaning the sums actually invested, were closer to $19 billion.

Of that total, Irving Picard and David Sheehan, the court-appointed trustees of the Madoff estate, have recovered about 80% for investors — an astonishing record, given that investors in Ponzi schemes are generally lucky to recover a few cents on the dollar.