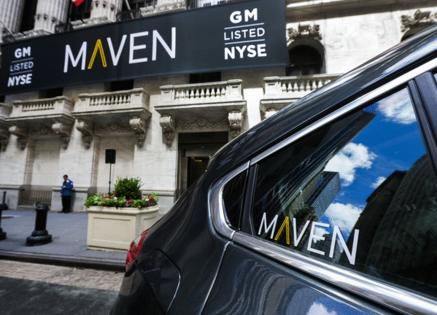 It might seem counterintuitive in the middle of a pandemic to see demand for using a shared vehicle climb.

But that's what Free2Move — car-sharing service under Stellantis NV, maker of Jeep, Ram, Chrysler, Fiat, Peugeot and more — saw in the latter half of 2020. As government-ordered restrictions lifted, residents in cities like Washington, D.C., who previously had relied on mass transportation, sought out less-risky alternatives. Soon, Free2Move will expand into its second U.S. city: Portland, Oregon.

"We saw, as with most companies, there was a lull under restrictions conditions and lockdowns, those types of things," said Lynn Blake, vice president of mobility services for what previously was known at Groupe PSA before the French automaker merged with Fiat Chrysler Automobiles NV in January.

"When we came out of that, people wanted to go out and move again. When the orders were lifted, we saw a real boost in our business. Talking to members, what we're hearing from them is that they feel much safer versus the kind of traditional public transportation."

Unlike ride-hailing providers like Uber Technologies Inc. and Lyft Inc. that offer a taxi-like service, Free2Move has a fleet of vehicles that customers can locate in its app, unlock and use it for a few minutes, a few hours or for a few days.

Portland rates will be 49 cents per minute, $19.99 per hour and $79.99 per day, similar to Washington's. Customers then park the vehicle anywhere in the service area when they are done. Free2Move also offers other services in Europe, including parking and month-long rentals, which it, too, is expanding.

Competitors have tried and failed with similar mobility ventures. General Motors Co.'s car-sharing service, Maven, folded last summer after the COVID-19 pandemic suspended services. But even prior to that, the venture had struggled, exiting eight cities in 2019. Ford Motor Co.'s financial services arm in 2019 sold its vehicle subscription service Canvas to a California-based car-rental app.

"You have to choose your battles in a way," he said. "When you face a major change toward electric and investing in more software, having to pay capital to mobility services may prove too small and premature. The money is better spent elsewhere, I think."

There are also operational challenges with having to rearrange vehicles so they are located in convenient pickup locations: "If you don't have enough utilization, it's hard to make money," said Sam Abuelsamid, e-mobility analyst for Guidehouse Insights.

The desire to use carsharing and car subscription services, however, quadrupled to 20% from 5% late last year, according to a survey from software company Ridecell Inc.

"They are starting to see significant bounce back," said Daniel Ives, analyst for investment firm Wedbush Securities Inc., of mobility services after companies like Uber and Lyft dropped 90% in business initially during the pandemic. "Employers are trying to get employees back to work, and in many cases are offering subsidies for taking Ubers, Lyfts or other forms of shared mobility."

In response to the pandemic, Free2Move increased intervals during which its fleet would be cleaned and steam cleaned. It has been more cautious in its U.S. expansion than some competitors. Present in 170 countries with 1.2 million active customers, Free2Move grew 23% in overall car-sharing activity for all of 2020, according to Stellantis. It had a 40% increase during the second half of 2020 and was profitable during that time period.

"This is a very important milestone," Stellantis CEO Carlos Tavares said last month during an earnings conference call. "The fact that our teams under Brigitte Courtehoux's leadership have now understood what is the business model that makes mobility services profitable is, of course, paramount for the future of this kind of mobility services."

There are advantages for an automaker running such a mobility service, too, Blake said: "Over time, what we are building is a customer database and an understanding of these customers. Over time, we can use that data in order to help people with the mobility offerings that they need whatever their lifestyle is."

There are 500 Chevrolet Equinox SUVs and Cruze sedans in the Washington fleet with another hundred Italy-made Jeep Renegade SUVs expected to be added in the coming weeks. Portland should launch with 200 Renegades in the late spring or early summer — depending how the global semiconductor shortage affects production, Blake said.

Free2Move is taking what it learned in Washington to fuel its growth from customer behaviors to forming strategic partnerships. It now uses insurance broker Trov Insurance Solutions LLC to reduce insurance costs while its vehicles are not in use, for example. It also works with StreetCrowd, which pays people to move Free2Move vehicles after a customer is done using it to "hot zones" where it may be more convenient for a customer to pick up a ride.

"We've seen more usage and trip activity," Blake said since starting to work with StreetCrowd. "We're testing, and we're learning and applying those business practices, to get the business sustainable."

Free2Move now is sustainable in Washington, she said, with more than 45,000 members who have taken more than 200,000 trips, driving nearly 3 million miles since its launch there in 2018. Customers often use the service for grocery shopping, going to big-box stores and for weekend getaways. That opens the way to expand to cities like Portland that have similar demographics and experience with mobility services.

Historically, Portland has been a pioneer in car-sharing. No such service is currently operating in the city, though there are bike and scooter shares, and it has a large population for its size that uses public transportation and bikes to work, said Dylan Rivera, spokesman for the Portland Bureau of Transportation.

"We're interested in all sort of technology and transportation and additional options," Rivera said, "that can help people reduce the amount of driving they do, reduce the need to own a personal automobile and reduce carbon emissions."

More expansion to other cities, both big and small, is under examination now that Free2Move has a successful business model, Blake said, though its role under Stellantis is still under discussion.

The Portland decision was approved prior to the merger when Free2Move still was a part of a 10-year plan by PSA to reenter the U.S. marketplace with its Peugeot brand. Tavares has said that no longer is the plan given the tie-up with FCA gives the combined company a significant presence in North America. But that national dealership network also may present new opportunities for Free2Move, as well.

"The desire for us to move a bit faster is probably there," Blake said. "It's really what use cases are there and what can support this type of service from the standpoint of consumer demand. We're trying to take a step back and ask, 'What are the opportunities we have now that we are merged companies?'"