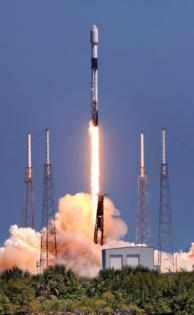 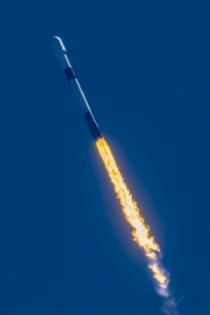 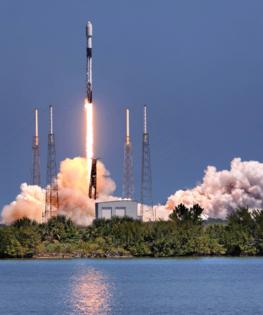 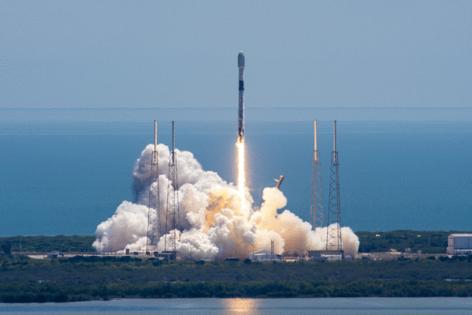 Another batch of 60 Starlink satellites were launched into the atmosphere Wednesday afternoon.

The 24th batch of satellites blasted off at 12:34 p.m. from Launch Complex 40 at Cape Canaveral Space Force Station.

SpaceX’s 10th mission of the year used its Falcon 9 first stage rocket booster, which was previously used in past missions such as transporting NASA astronauts Bob Behnken and Doug Hurley to the International Space Station.

SpaceX now has more than 1,300 Starlink satellites in orbit, which aim to bring low latency, broadband internet system across the globe. Starlink broadband internet opened a public beta test in October in North America, and has since expanded into southern Canada and parts of the United Kingdom. The goal is to distribute 1,440 satellites in the upper atmosphere before the end of the year.

As another hurricane season bears down on the state, more than 50,000 Florida home insurance customers will soon receive notices that their policies have been canceled or won’t be renewed.

The chief engineer behind the revolutionary all-electric Ford F-150 arrived in America as a third grader knowing only letters A through H, which she learned during her plane ride from China. She spoke no English.

Amazon, which has faced criticism for above-industry-average injury rates at its warehouses, said it is taking steps to halve the rate of workplace injuries in them by 2025.

The company is launching a suite of new ...Read More

David Zaslav was at a crossroads in 2007.

After spending 18 years at NBC, where he helped develop a cable portfolio that included CNBC and MSNBC, Zaslav had an offer to run Discovery Networks, the home of documentaries, ...Read More

AT&T merging its WarnerMedia assets with Discovery isn't the only move by the telecom behemoth that could impact consumers' wallets.

This week, the company also is making it harder for some people to pay their bills — ...Read More

Stellantis and iPhone-maker Foxconn are developing a partnership to supply not only Jeeps and Peugeots with infotainment and connected vehicle features, but also one that will supply other automakers.