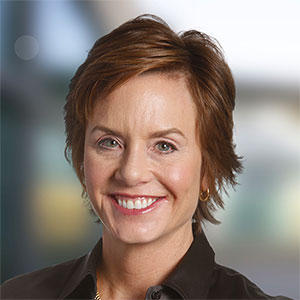 You Trust Your Partner With Your Love. What About Your Money?

Dear Readers: I recently heard an interesting story about a man who expressed his love for his wife in an unusual way. It wasn't with an extravagant gift or a surprise trip to a tropical island. No, he wrote her a book -- a book about their financial life.

While that might not be what you'd choose to give or receive as a Valentine's Day gift, to me it made sense. And not because I'm unromantic. Quite the contrary. I think it was a wonderful gift for the very reason that sharing the details of your financial life is actually very intimate and revealing, and requires absolute trust.

In this case, the husband was worried because his wife wasn't at all interested in being involved in their finances. What would she do if something were to happen to him? Who could she turn to? To me, his book was actually a very practical love letter.

This fellow's solution may be quite out of the ordinary, but partners not sharing their financial lives is, unfortunately, common for a variety of reasons -- some harmless, others downright dangerous. Here are just a few potential problems that I think every couple should be aware of, plus some practical, mostly loving solutions.

Why Couples Don't Talk About Money

-- Lack of interest: Like the wife of the fellow above, some people just don't care to be involved in the family finances. You might view this as an expression of total trust in the other partner's ability to be on top of things. I can understand that. But as a financial planner, I don't accept it. That's because, no matter how capable one partner may be, there's no guarantee that he or she will always be around. I'm not suggesting a breakup, necessarily, but life -- and death -- can get in the way.

-- Financial habit: For some couples, it's not so much a lack of interest but rather a matter of habit. This is especially true for women. You might think that women who leave money management up to their spouses is a 1950s stereotype, but according to a recent report from UBS Wealth Management, more than half of women today still defer to their male partners when it comes to money. And, surprisingly, the stats are even greater for younger women: 56% of those ages 20-34 versus 54% of women over 51. It may be a habit that we've unconsciously passed from generation to generation, but it's one that needs to be broken.

-- False assumptions: As a financial planner, I often hear people say they just assumed their spouse was doing something, whether it's paying off debt, saving for retirement or maintaining life insurance. It's only in a time of crisis when they find out they were mistaken. Another common assumption is that their spouse will outlive them. None of these things should be taken for granted.

-- Financial infidelity: When one partner is hiding money details from the other -- things like significant credit card balances, major purchases, large debts or even secret savings accounts -- there can be a serious issue. I'm a big advocate for every relationship to include some financial autonomy (a 'yours, mine and ours' system of checking accounts and credit cards), so what I'm talking about here is different. According to a 2018 Harris Poll conducted for the National Endowment for Financial Education, 41% of American adults admit to financially deceiving their partners. The reasons range from protecting privacy, to embarrassment, to fear of disapproval. Hiding major purchases can derail the trust between you and your partner. Open communication is key to any successful partnership.

-- Abusive control: As I wrote in a recent column on financial literacy and social justice, financial abuse is a prevalent part of domestic abuse and comes in many forms ranging from forbidding someone to work, to controlling all of the money, to running up large debts on joint accounts, to outright theft. This isn't just a serious breach of trust; it's a potentially dangerous situation for the victim both financially and emotionally.

Dear Carrie: I've always been a good saver, and now at 29 with a steady job, I have a fairly sizable savings account. My friends are getting into investing, but it seems like such a risk and makes me uncomfortable. Isn't ...Read More

Dear Readers: I often write about the financial conversations couples should have before they decide to spend their lives together. To me, getting to know each other financially is an important part of any relationship. ...Read More

Dear readers: Today I'm departing from my usual format to share with you my greatest wish for the new year and the next decade: that as a nation, we will come together to unleash the tremendous power of financial literacy....Read More

Dear Readers, at the beginning of each new year, I'm filled with a sense of new direction. At the same time, I like to look back at the previous year, evaluate what worked and make a fresh commitment to keep going on ...Read More

Dear Readers: It's hard to believe we're already in 2020. But rather than lament the passing of time, I like to think of a new decade as a time of renewal -- a chance to look at what you've accomplished and what you ...Read More

Dear Readers: If I were to ask couples to name the top three things that keep them together, I don't imagine that shared knowledge and interest in their finances would make the list. Yet money is often cited as one of the ...Read More